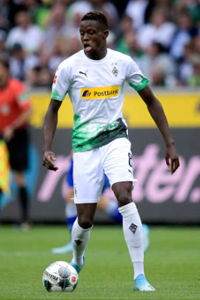 Looks like a Vieira-kind prospect.
"Willy Wanda is Chinese!!!"
Top

I'm not fully convinced about the huge transfer fee Gladbach paid for him (~ €10 M).
I still think he has a lot of potential, either as a holding midfielder or slightly more advanced. But that fee is kinda risky for a player like him, who just had some brief, occasional glimpses of talent at YB. His offensive contribution is rather small. He's mostly meddling in midfield for interceptions and some tackles, then he uses his physique to hold up the ball a bit and make a reasonable distribution of the ball. I don't have any problems with that style, but he still needs to develop a bit in offensive terms if wants to make a larger impact ig. He's already fairly strong. But with a few additional kg of muscle mass, he could become a dominant midfielder.

Don't expect him to be a "heir" of Mahoud; that's simply not his style. But, once he plays, you could expect other CMF at Gladbach to enjoy more freedom to join the attack.
"Willy Wanda is Chinese!!!"
Top

He's impressed me in his first two matches for Gladbach. I was expecting him to have a much slower progression in Bundesliga, but he's proved many people to be wrong. He's fitted very quickly to tactics at Gladbach, playing in a more aggresive & supportive role in midfield.

I really struggle on how to rate his DA. He looks kinda awkward on the ball for most of the time, yet he manages to keep the ball in possesion thanks to his long legs, which he uses to prevent any chance from opposition to steal the ball. Maybe DA is fine at 76, but he keeps some great speed on the ball, while also having some awesome runs off the ball (like in his maiden Bundesliga goal against Augsburg). We should probably extend his TS/ACC gap, like ACC 74 TS 85, and DS 80 to complete the speed combo.
"Willy Wanda is Chinese!!!"
Top

He's still keeping his good form, by far the best summer addition at Gladbach so far: Fairly strong, some nice speedy runs on and off the ball, he's effective enough to mask some of his technical limitations. Competent as a short passer; a bit less as a long ball deliver. He doesn't reach the 20-yard box so often, but when he does, he's quite smart either to perform as a fake target man or to become a finisher by himself (specially when making a sudden forward run towards the box).

He's a really great prospect, with enough potential to become a leading Bundesliga Box-To-Box midfielder if he's managed properly. He should remain at Gladbach for the next 2 seasons at least; his development will be slowered a lot if he's sold to a more prestigious club in the mid term.
"Willy Wanda is Chinese!!!"
Top

His progression in Bundesliga has been fantastic so far; he's quickly justifying the huge investment Gladbach made to sign him. He certainly has technical limitations, yet he uses his best assets (strength, speed, response in a lesser extent) in a fairly effective way for someone of his size and age ..

There are several Box to Box CMs 20 y.o. or younger, yet just a few of them are displaying a balanced prowess of skills as good as him atm.

He's really one of a kind; some people should keep an eye on him right now. If managed properly over the next two years, he will become one of the best CMs in Europe.
"Willy Wanda is Chinese!!!"
Top

Like the update, he really is a beast.
Relja's not dead
Top

Accidentally, Rob nailed it when putting a proper old-school similar footballer to Zakaria.

I previously compared him to Vieira, but when describing his unusual TS+Balance combo, Rob mentioned Mo Sissoko as a top reference. Which makes much more sense, imho.
"Willy Wanda is Chinese!!!"
Top 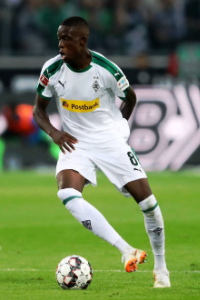 [img]https://i.imgur.com/Gpmhw4I.png[/img]
The intelligent people are full of doubts while the stupid ones are full of confidence.
Top 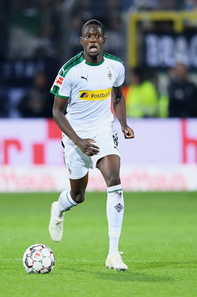 He's becoming quite solid in the air, mostly for winning aerial duels after goal kicks or defending at set pieces while marking the most dangerous opp player when it comes to aerial prowess.

Unfortunately, he's not really proficient in that regard when it comes to attack. Just some flicks then and then, but he's not a consistent menace when it comes to headers towards the goal. If he was a bit better in that area, he would easily scored 4 or 45 extra goals each season.

I would keep Header at 78, maybe even slighly lower. But Jump is mid 80s material, even with that towering size.
"Willy Wanda is Chinese!!!"
Top
Post Reply
11 posts • Page 1 of 1