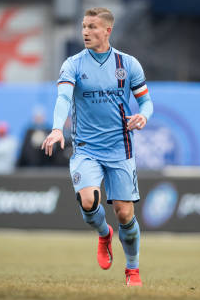 MaxPower wrote:He returned to HJK if I'm not wrong; Gl'bach didn't sign him on a permanent basis anyway, so you can move him.

No, not yet. The loan expires in the summer and buy-out clause expires at the end of the month. Mönchengladbach have decided against buying him.

He has been very, very unlucky during his spell with Favre.
Top

The few times I saw him playing I liked him quiet much. For me he just need more minutes.
Top

The reason why he fell with Favre was because of that one game against Fenerbahce. Favre saw that the free kick goal they conceded in the first half was because of Ring's mistake, but I think it was just poor defending from the team, not Ring's fault. He was substituted on the half-time break. From that moment on, Ring's chances to play were very limited. He still worked hard in the training and he suffered a few injuries, but he never gained Favre's trust again. A very unlucky story, it's unlikely he would feature again.
Top

I've updated this very interesting player. One of the best CMF's/DMF's of the league, good passer, tactically solid, good supportive movements and technically he's really good.
I don't know if he's on loan from Borussia Mönchengladbach but I see him a bit better than Christoph Kramer (current DMF starter of Gladbach).

Good transfer for 'Lautern and he plays for Finnish NT

He's been mainly at the base of the mid DMF when NYCFC played 4-3-3, dropping in between the CB's in possession. Vieira has taken this one step further as he has played the team in a 3-4-3/3-5-2 and permanently locked Ring into the central CB position - at which he has been playing really well, he was a very good DMF and proving very competent at CB.
Top

Since Vieira lesft, he has been moved back to mid, and has varied roles, but its mainly been DMF/ball winner, but he is such a smart player, he really can do anything on the pitch. This season - with Villa gone and no real solution made in transfer market in off season - NYCFC have been experimenting with Maxi Moralez at CF, and rotating players into differnt positions trying to find something that clicks, in this tinkering mess, Ring has played like some libero from years past, he is supposed to be a DMF along side Sands, but he goes maurading forward and is at times the most advanced player, already has 2 goals in 4 games this season;

Mainly recognized as a top DMF of the league, but he has a much more rounded game, he is an all action player, gets into a little of everything on the pitch, really talented. Also is the leader of the team. I am a bit surprised that he did not stay in Europe, was in Bundesliga II, but I think he has the abilities to perform even in a better league...wiki quote "Ring's performances were marred by minor injuries and constant head coach changes, that hindered his progress. In January 2017 the economically ailing club decided to let him move on before his contract would have expired." hmm maybe at the time clubs were not willing to gamble on an injury prone player?

I just added a bunch of stars to replicate him better, that I mentioned earlier. Set overall was fine, though height was wrong/outdated and he is worse in air.

I said all the things above, top top plyer in the league, can do a little of everything on the pitch besides always looking to get in a full blooded tackle even if there is no need...likes to remind people he is there.
Top
Post Reply
29 posts