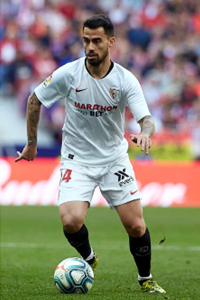 Sorry man, believe it or not. Suso looked good in preseason, and they changed after one game. Then after first game had a mess or a formation which went between a diamond and 4-3-3. And I think he was good and that there is PLENTY or whining from Milan fans who needed to whine. I don't agree with 94% of the criticism he's gotten, and I don't agree with the general point or what you're saying. I get a lot of it, but I don't agree with most of it.

Milan is the team in Europe I support, and I watch their games. There are real problems at Milan and Suso was not one. The curbing of players' development, the lack of recognition for players who pull in a shift, the countless players fighting for one spot because of buying the same positions over and over, Calabria playing every game when he's regressed.

Not a bit has to do with Suso. He's part of the change. Like Vermaelen playing with duds and being benched for the endlessly overrated Koscielny, despite being the one guy who showed up to care. Sometimes one player takes the fall, even if he's one of the few who show up. I said it then, I say it now.

he is a class player, im glad he finally left Milan, felt like he was going downhill, 1st game in and he looks outstanding
Top

Best player of SFC today and man of the match without a doubt. I'm very happy watching him in La Liga, where he can show all his skills in an "ecosystem" where he can feel very comfortable.
The intelligent people are full of doubts while the stupid ones are full of confidence.
Top

hE cAnT PaSS, hE CaNt CroSs He CanT DriBBle, hE is thE worST plAyer In SeRiEA HiStOry

JS7 wrote:ACM fans know the game, they have seen real legends...when they talk, the truth has spoken