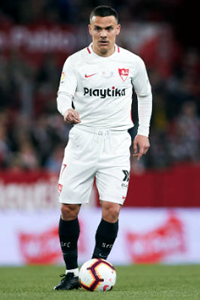 really nice little player. don't think the current set really replicates him so I'm gonna update him a bit, i'm not super familar with him, but decently, hes a build up player with good work ethic and refined technical skills, though he doesn't use them too much outside of a nice dribble here and there.
Top

Was gonna check on him as I've watched UDLP a few times and he has been surprising really, I had first heard about his performances but I thought he was just another overrated small team player but he's not...very few players in UDLP can be branded as 'small', but this guy shines above all the rest, even the now reborn KPB. Glad to see you've fixed him a little.

.
Firstly , we can start by removing SB and WF ( probably even SMF seeing that his last match in that position was like 1.5 year ago ) and also he uses a lot his left foot while dribbling, passing and also sometimes his first touches are with his left so i think that he deserves WFA/WFF 6/6 for now

.
About his style of play , he reminds me a bit of Valdifiori in his time at Empoli , stays before the defense , plays simple passes ( 66 of his 69 passes where accurate in the first half against Villarreal today ) and controls the midfield . You have represent his style very good with a high SPA , STA , good technical abilities and a very low AGG in his set but to represent it even better i think that we can lower a bit his DS and TS , not that he is really slow but his position and his style of play just doesn't requires yellow TS/DS IMO and also his BB can go down cause he isn't any strong player and almost never tries to use his body . The last thing is his SP that can be a little higher IMO , seeing that he can make some strong shots from time to time but still he can't be over 80 for sure

this was my initial thinkings on the matter, especially when I saw his DS originally at mid 80's, just thought it was flat out wrong, not the sort of player he is, but the more I saw of him the more I realized he does have that dynamism to his game, not there all the time, but it's defiantly there, surprisingly fast. I'm not sure on the bb, but I feel it's a similar case, but again, not sure on it.
Top

I like to be reserved when updating players for the most part, and I just wanted this set to represent him as the other did not at all, and hes a great player so he needs it. But honestly, this set portrays him, but it does not do him justice. This guy is seriously amazing, he works his fucking ass off moving around the mid to keep play going, dropping 30 yards regularly to pick up the ball, distributes like a boss... accurate, fast, under pressure, right foot, left foot... I've seen him do aerial balls with his weak foot 30/40 yards... dunno exactly how good his left foot is, but its fucking good. Hes very agile and quite speedy too for a player in his mould, and hes a real fighter too. He puts in a massive shift every game, I'm talking a 90 tw 90 stamina sort of player, ontop of all his technical skills and distribution which in themselves are really top notch. Hes definitely one of the best deep lying playmakers in the world right now.
Top

I expected him to come back soon, but not this soon. Anyways, glad he's back before he fell into oblivion.

Thank god, disgusting how some shit epl team can just pick up a top tier spanish player, because hes not a big name yet, and then just trash his carrer.

I ain't been watching sevilla, but don't they have geis and banega for deep creation, and pizzaro/nznonzi for the deep DM? As thats where he likes to play, not as a dm, but a really deep lying playmaker. I guess banega is probably playing more on an AM?
Top

Yeah I don't think Banega is playing the way Roque is expected to position wise. Pizarro and N'Zonzi are but irregular atm, and Geis simply falls behind in quality, although he's able to play in a few positions too which is good (i think Geis has even been deplyed as a defender but I haven't caught any such game). To me this all looks like Sevilla wanted Roque Mesa since the beginning, then he went to EPL so they just seized this opportunity, very much like Sandro's case (Sevilla want him as well apparently)

i actually tried to watch him at swansea early in the season. i was very interested in him after seeing and reading great things from him las palmas. so it was interesting the way he performed for swansea, because his teamwork was clearly excellent, i think i rated it at 92? but it didn't matter at all; he would follow the play and give great passing options to whoever had the ball, but if he ever did get the ball, because no one else bothered to give him support, he was constantly in big trouble- pressured physically with nowhere to turn and no one to pass to himself.

the team was set up such that the only really viable way to attack was basically longballs, there was no creative width or ability to carry the ball forward on the ground. so roque mesa performed to his level as far as i saw, but he was totally mismatched with the team; whatever he was really good at was all things his teammates had no interest or ability to participate in, and what few things he could've done to really make an impact, like have the strength to shield the ball, and some height to win 50/50 aerial duels, were things he was not good at really at all. he didn't really underperform in almost any way, but swansea were honestly better right away after they took out mesa and put someone in that was stronger, physically more capable and stripped down simple 2 way presence.
If you don't put effort into your post, i won't put effort in my response.
Top

I wonder then, what's the point of them signing Mesa? Do they even watch the players they purchase? Or just random signinings simply because they have the money ? If he has played exactly the same he was meant to play etc... and he's clearly totally unsuitable for Swansea's tactics...why the fuck?

Fixer wrote:I wonder then, what's the point of them signing Mesa? Do they even watch the players they purchase? Or just random signinings simply because they have the money ? If he has played exactly the same he was meant to play etc... and he's clearly totally unsuitable for Swansea's tactics...why the fuck?

Fixer wrote:I wonder then, what's the point of them signing Mesa? Do they even watch the players they purchase? Or just random signinings simply because they have the money ? If he has played exactly the same he was meant to play etc... and he's clearly totally unsuitable for Swansea's tactics...why the fuck?

it's a good question. swansea used to be renowned for their possesion play in the past though, under martinez, then rodgers, even laudrup for a time. they have or had good possesion players like leon britton and a player like syggurdsson. i don't know if their transfer strategy maybe fell through, and maybe they bought mesa with a particular set up and group of players in mind, but sold key players like syggurdsson, and couldn't make the system work with some of their marquee acquisitions (renato sanches) leading to the eventual sack of their manager clement.

i guess they saw his quality and were reluctant to waste it on the bench? but he couldn't make any real impact, just because he had nothing built around him.

they bought bony back as well, a true beast and mid table monster that should easily get 15 goals a season, and who should single handedly stave off relegation for any club, but they can't even really fit him into the line up either- i think he's played a quarter of what mesa played, mostly as a sub? which is unbelievable for someone of that ability, much worse than what mesa went through.
If you don't put effort into your post, i won't put effort in my response.
Top 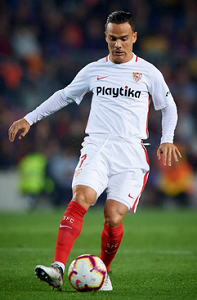