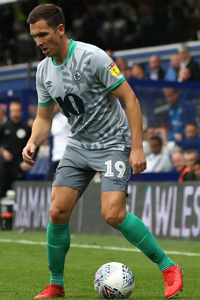 then i guess we can (should) wait on it? Even if it's most likely that will be his primary position under rodgers, maybe a few more appearances, starting in SB for example, would put more weight to the argument.
If you don't put effort into your post, i won't put effort in my response.
Top

vinnie wrote:then i guess we can (should) wait on it? Even if it's most likely that will be his primary position under rodgers, maybe a few more appearances, starting in SB for example, would put more weight to the argument.

he might not get any position under Rodgers ... all he plays are EL and maybe some cup matches ... so no hurry there
Top

His LPA is overrated IMO. He executes some shit crosses even when he is completely free and isnt marked even by a single player.I Dont see his LPA better than Podolski in any aspects.
The parable of this world is like your shadow - if you stop, it stands still, and if you chase it, it distances itself from you.
Top

Well Stewart has being playing very well for the last couple of months, not fantastically so, but he has been consistently putting some very good performances. He seems to be thriving playing for Rodgers in a more supporting role, and he’s finally starting to get goals and assists.Last season he really went really off the boil, as much of the team to be honest, but I think a lot of the changes were made because of that lost of form, now I think he's playing at his true level. I’ll put some videos at the end of the post to attest some of my propositions, these are it by now:

Attack - 76. He's not really a dangerous player but he's really intelligent at knowing when to play a ball and in his movements, his decisions on the last third are pretty good.

Dribble accuracy - 83. Again he's not dangerous with his dribbling but his close control running with the ball is excellent, he keeps it extremely close and at a very good speed that's why he's such a good outlet for the team. If I were to rate him solely on his close control I think he could easily be on 85/86, but the fact is that he doesn't really use it to take on players.

While rating his passing stats I find out that I rated him almost exactly like Konami previous set of him, I think they did an excellent work, so I suggest using some of those values:

Short Pass Accuracy - 77. He's a very competent passer, tough he rarely plays a difficult pass or a trough ball, his passes are always pretty accurate and he doesn't misplace many of them.

Short Pass Speed – 77/78. This is the only value that isn't Konami's, they rated him at 80 but I don't think he deserves that high, it make his short passes more dangerous that they actually are.

Long Pass Accuracy - 84/85. He's always been a great crosser, last year he played some great balls and if it weren't because of Carroll shit movement or Suarez ineffectiveness he would have at least half a dozen assists. Not only his crosses are very good but I have seen him some breath-taking long passes, against Wigan he played a couple great ones, and the same against the Spurs.

Long Pass Speed - 85. He puts some Great speed on his long passes.

Place Kicking/Swerve -76/83. I don’t know why his value was lowered over here, I don’t remember he taking any FK last season, but this year I have seen him take a couple of very good ones. Think this might be a tad low from what he has shown but he hasn’t really taken a lot of free kicks to deserve higher.

Ball Control - 85. This is a part of his game that has always impressed me, even when he was playing like shit; he has a great first touch and control of the ball. I always expect him to trap any ball, even really hard ones, and he doesn’t just traps it well but his directional control is also excellent.

Weak Foot Frequency - 7. He uses his right foot a lot, especially since he has been playing on the right wing.

Response – 75. He’s chasing balls and getting stuck in a lot more than he used to do. He’s still pretty slow to react in goal scoring positions, although on the last two matches this has improved, but he has to show more to deserve higher.

Explosive Power - 82. I don’t think he’s as stiff as an 80 would suggest for a winger, his overall movement are pretty quick but he doesn’t really use it to great success, like with his dribbling.

Dribble Speed - 85/86. He shows great speed with the ball; you can see it when Liverpool is on the break he runs with the ball at space extremely fast. One of the videos will show some examples of this, the type of run that he usually does on the break while keeping the ball really close to his feet.

Defence Awareness – 2. He has been helping on the defensive side a lot this season.

Form: 5/6. Really consistent since he has get back on the first team. He usually is a 6 or 7 out of 10, but very rarely something higher.

Teamwork - 77/78. His role has been being a supportive player, and he has excelled in this aspect this season. It’s the role where he’s more comfortable, helping the team with his movement and intelligence, which is underrated in my opinion.

This video showcase what his performances has been like for the last couple of months.

This is from an earlier game where he played left-back, he wasn't playing at the level he's now but it shows some outstanding long passes.
Top

I will also add few of my thoughts based on your well descriptive post.

He has been in good but still he is one dimensional imo.when he starts a game in high gear he seems to dominate and gets better but when he starts it badly he never recovers tbh.

his attacking intelligence is still crap. He often misleads a pass or can't read the situation of the game. but whats makes him a bit dangerous is:

- his speed off the ball
-he whacks weird,pacy crosses through the opposition box; only then I feel the absence of the big andy tbh

- he cuts inside and often shoots with massive power and dip
-lately he has shown some great aggression and that really looks him better.

but in general his movement and his decision making still not up to the level.

about the dribble speed issue I don't think he has such a quick feet tbh. he just use his top speed when running with the ball. he push the ball forward and tries to beat opponent with his off the ball speed.in fact he loose his speed on the ball in lot of occasions .
vamos arriba la celeste !
Top

Thank for the replay mate, appreciated.

Agree with the first part, he's the ultimate confidence player, and I think that can be put down to his low mentality, he's the kind of player that will drop when things go wrong, although this season he has surprised me in some games as he has taken much more responsibility, still wouldn't go higher than 70, I rated him on mid 60 last season.

I think you're a little hard on his attacking intelligence, I would say he lacks creativity and vision on his game and he usually takes the safer option but he makes good movement to open space and usually makes good decisions on the last third, linking with his team mates fairly well. He doesn't make the kind of that speaks of genius or creativity just usually the safer and better option, specially on his crosses and long balls. I have been surprised by the vision he has shown on long balls this season though, he seems to make some really good passes from deep into the last third, like the one he makes to Sturridge on the Spurs compilation, he's been making that kind of passes regularly now.

Still don't rate him that high, 76 is an average number for a player on his position IMO, I think he doesn't gets himself often enough on dangerous positions or shows a great creativity and vision. Do you think he warrants a white value? He has around 5 goals and assists this season while not being a regular all the season and been played as a left back on some occasions, wich I think is a decent number given all.

What do you think of his TW? I think he has been very supportive and intelligent with his team mates this season, has put a lot of hard work off the ball and to support his team mates when on it.

With his dribble speed is kind of difficult to say, when he's one on one with a defender he doesnt's shows a great speed on the ball, I think this is more to do with his speed of movement than the speed he can get on the ball, but when he gets space to run on the break or when he cuts inside he gets to a really good speed on the ball while keeping the space close to his feet. There are some examples on his compilation against Tottenham from the 3:30 mark onwards.
Top

I just realized that now - are you guys serious?

Downing at 87 is WAY over the top, but Nani at 86 is ridiculously low. Young was said to be the second fastest at Villa just after Agbonlahor, and now you have Downing above Young and only two points behind Agbonlahor (who has lost some pace but not that much).

What kind of players are you trying to re-create here?

SB should probably be removed. Pretty much a starter for Liverpool. Not seeing him playing there anytime soon.
Top

Agree with Rossa!The above suggestions represent Downing on his prime days(maybe for a classic set) but for recent Downing i find the current set perfect.For me it should be TS@84-85 as suggested above...
PANIONIOS RULES.GENOVA E SOLO BLUCERCHIATA - FORZA SAMP.
GLORY GLORY FOR UNITED!!!
Top

The amount of work he and Jarvis get through tracking back the opposition Full-Backs is phenomenal. It really is integral to our whole defensive plan as it allows our SB's to tuck in and become CB's and Downing and Jarvis essentially become SB's so it basically looks like this:

It's even more admirable when you consider that when we get back possession of the ball their responsibility is to then get forward and help provide an outlet for the counter-attack in a front 3:

It must be absolutely knackering
Top

Not the same level of impact this season as he had last and just a lower overall level. Poor attacking support can likely be attributed to this as well
Top
Post Reply
157 posts