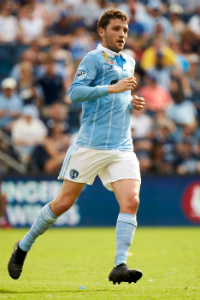 FC Barcelona "B" to

Any ideas for this player or have I to see a million games of Barça B?

Really I never see Barcelona B or Real Madrid B...
The intelligent people are full of doubts while the stupid ones are full of confidence.
Top

Quality DMF, helps to control the game, has a very Busquets style to him, rather physically unimpressive (except for being good in the air), but his calm possession and passing qualities give Kansas' midfield a real class. Ths SPS, he sometimes hits these extraordinary grounded passes like 40-50 meters that are orange level SPS, it usually is so unexpected it completely catches the teammate off and they can't reach it in time. His balls over the top are of the same quality as Gutierrez in my eyes, a real gem ability to float them in for a forward to run onto - unlike Espinoza - lol - Espinoza hits sometimes 7 balls over the top for a forward and they all go out of play

I think I should remove CB too, has not played there ever for Kansas, maybe for other teams.

He's been selected for the MLS all stars that will face Juventus later this summer, getting some recognition by the league for his good performances of the past season and a half, vital piece to SKC.
Top
Post Reply
3 posts • Page 1 of 1