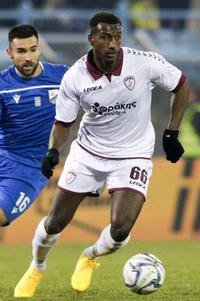 This is one of those guys who deserve a big update, any help/suggestion is welcome. His passing for sure is better.
Sporting Clube de Portugal meu amor / Working on new sets and updating Liga Sagres
Top

FernandoA13 wrote:This is one of those guys who deserve a big update, any help/suggestion is welcome. His passing for sure is better.

Him and Danilo Pereira. Some nice anchor men the portuguese league has.
I had a set similar to this one. But you're quite right, his passing is better.

any one willing to update this guy after showing class performance ?
Top

Looks like your run-of-the-mill enforcer in the couple of games i've watched him. Fairly strong but relatively slow with a barely passable first touch, long pass and Agi but not much else.
Top

I did not get to see much of him when he was in MLS, but since he left I have been watching more of Vancouver's past matches and got to see a little more, nothing comprehensive but he looked bad as DMF even in MLS.

I went with values;

Apparently he played CB a few times in past years...and really to me as a DMF he never looked any better than playing a medium skilled CB out of position.

The passing/shooting stats could also all be dropped 2-3 points - nothing really stood out here in what you got from him as a mid, shots wide and basic passes that were not reliable.