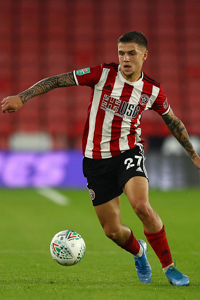 Promising CB, but he still needs to improve his passes and TW.
I think he has more potential as DM, but it should take time.
"Willy Wanda is Chinese!!!"
Top

Am I wrong or he has played some games as DM for HSV??
"Willy Wanda is Chinese!!!"
Top

Have his stats already been tweaked to fit the "new standards"?

By the way, I've fixed the thread name and moved him in the editor (he was at Retired for some reason).

then it was my fault

Yes just STA can go a down a bit rest looks fine.
Top

he needs an update , add DMF and SB ( side R ) for now , I'll post suggestions after BiH finish their WC campaign , but if you saw yesterday match against Argentina or any other previous matches from him he's nothing like this set suggests.
He was the man chasing Messi around yesterday whole day and he did his job AMAZINGLY. Awesome performance from him , he's leaving Ferencvaros after WC for sure .
Top

he is pretty much an Everton FC player already: http://www.evertonfc.com/news/archive/2 ... sic-latest
Top

Now you can move him to Everton:
http://www.evertonfc.com/news/archive/2014/07/28/gallery-besic-is-a-blue
"Willy Wanda is Chinese!!!"
Top

He showed as one of the better Bosnian players at last World Cup and everyone who watched him this year will notice that Besic is really deserve better rate (at least 80) on his DMF position and also his passes should be many better, especially long pass...
Top

Probably the worst ever first touch on a debut in the Premier League :-

Sorry, best clip I can find.

Bale was getting past him over the distance though. It was only the lunge that allowed him to get the ball.

Also saw this vid earlier of a nice little run of his from the same game:

Vranny wrote:Bale was getting past him over the distance though. It was only the lunge that allowed him to get the ball.

Also saw this vid earlier of a nice little run of his from the same game:


Edit: Urgh, I give up on trying to embed the bloody video.

he's really quite talented, but i think the current set misses out on some key aspects of his identity.

my impression of him goes along these lines:

he's really quite daring in possesion, and often likes to do little rolls to beat players, easily a possesion worthy imo. he's really wild and bold in his approach to everything, aggressively attacking, sliding like a lunatic, but not uneffectively or stupidly (most of the time). he is quite effective since he's so quick and responsive, capable of getting to the ball and the attack before they are ready.
Technically though he's great for someone of his position, he plays intimate and intricate passes frequently, consistently, and without error, and looks like quite a nice long passer. His dribbling is good, and he looks like near orange ts as per that vid of vs bale and wales.

i also noticed that he's sometimes really comfortable at just nonchalantly using his left foot, if he's really a right foot favouring player, this could be a sign of wff/wfa8. i.e: https://www.youtube.com/watch?v=hutHCOFB5zc&t=6m12s
really quite an interesting dmf.
If you don't put effort into your post, i won't put effort in my response.
Top

I like some of these changes, I was just about to suggest something similar. You're right he is really aggressive in his approach, though I'd say McCarthy is our most responsive player. I'm not too sure he's worthy of this DEF value, it's still early days but I've been much more impressed with his all action style mixed with his distribution and technical ability, from what I've seen he doesn't seem a better tackler than McCarthy (underrated). I'd say DA/TECH/SPA could all be a tad higher tbh, looks probably better than McCarthy in DA. He hasn't really shown that sort of speed on any consistent basis for Everton though imo, certainly not almost orange acceleration anyway. Not overly convinced he is this strong either.
Top