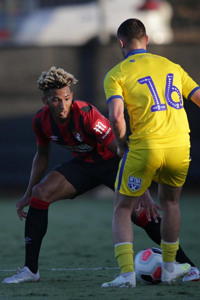 A good defensive sb that might be transitioning to cb sooner rather than later. He is similar to Aaron Wan Bissaka in terms of attacking limitations and agility in defending, but lacks the same shutdown nature defining the later. He reads play well, is physically up to the task of manning the middle, and a nice potential cheap addition while his stock is relatively low.

Note: he looks to be on his way to Bournemouth this summer so my prediction might have come true already
Top
Post Reply
2 posts • Page 1 of 1